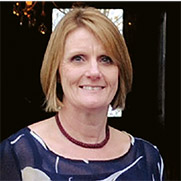 Sally Walford is the Manager of South Cary House. She joined the team in 2001.

Sue is a Care Supervisor having joined in 2002 and obviously has a lot of experience. Charlotte, Kieran and Jan are all part of the Care Staff. Lyn is the Head Cook and she joined in 2008. Helen heads up the Housekeeping team. She joined in 2013 having worked here previously.